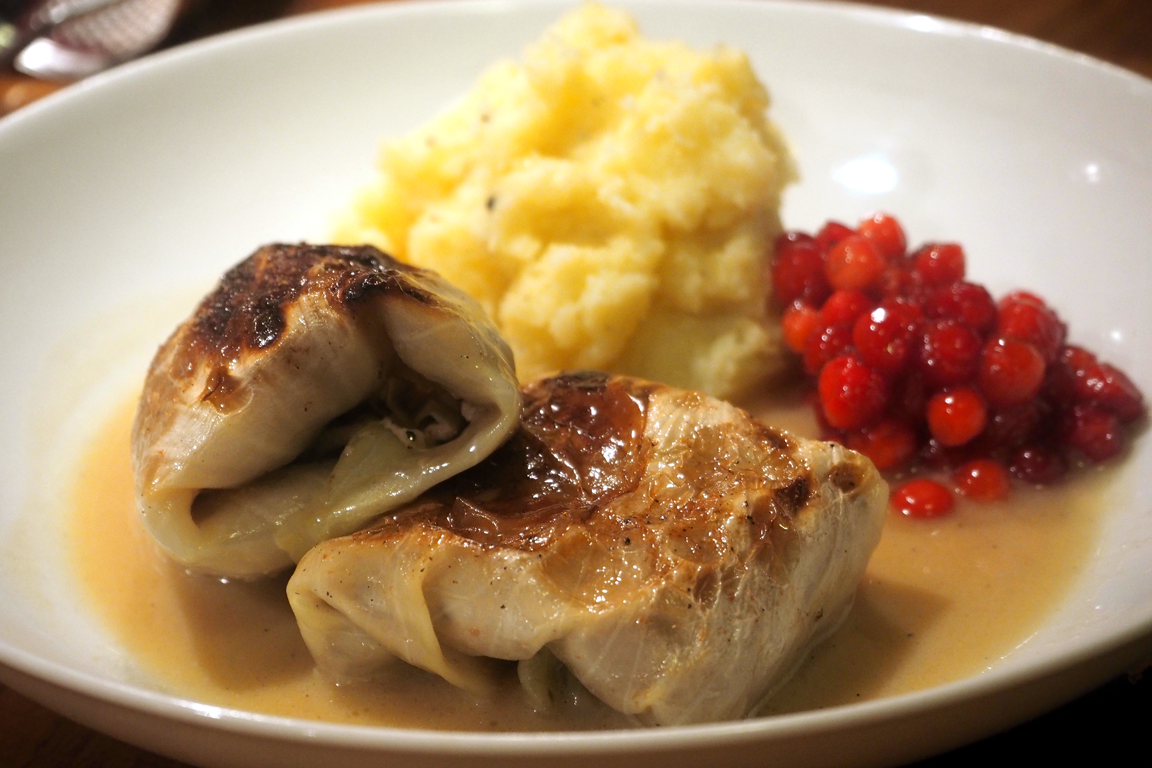 About 300 years ago, Swedish King Carl XII went into war. You see, in those times, head of states were the master and commander and as such they stood in the front lines with weapons in hand. He conquered some, lost more, but no matter how well he did in war, he was tired of Swedish food. Basically guts boiled in blood and wheat cream. As he fought in Turkey, he came across something marvelous. Finely chopped meat rolled into vine leaves. Wait a minute, the king thought, can you really wrap good stuff in good stuff and cook it? So he brought the recipe back to Sweden. In lack of vine leaves, his royal chefs used white cabbage. Kåldolmar became a popular Swedish dish. “Kål” means cabbage in Swedish. “Dolme” derives from the Turkish word “dolma”, meaning ‘stuffed’. Dolme can also be slang for penis, in case you’re wondering.

There are tons of recipes for kåldolmar. Some call for rice, others don’t. Some attempt to vary the dish by using kale instead of white cabbage. Wait, I know you’re thinking “hipster” when you hear kale, but that’s just true for the US. Swedes have been using kale for more than a hundred years. There’s no right and wrong here, vary the dish any way you find suits you. I’ve chosen a very basic recipe, a classic kåldolme if you will. I’m thinking “classic Swedish” might be exotic enough for none-swedes.

As for the lingonberry jam, you can buy it at IKEA. Don’t. Make it yourself, it looks and tastes so much better. Yields 6 portions for hungry people. Even more if part of a multi-course dinner.

This is what you need:

This is how you make the lingonberry jam:

This is how you make the kåldolmar and sauce:

*  If it’s not done properly, it will open up during the cooking process and you’ll end up with meat outside.

** That will protect them from the heat in the beginning of their time in the oven and gradually expose them to the dry heat the more the liquid evaporates.

*** That having been said, you’re not supposed to burn them. If there’s a burned smell and taste to it, you screwed up.

This is how you make the mashed potatoes: