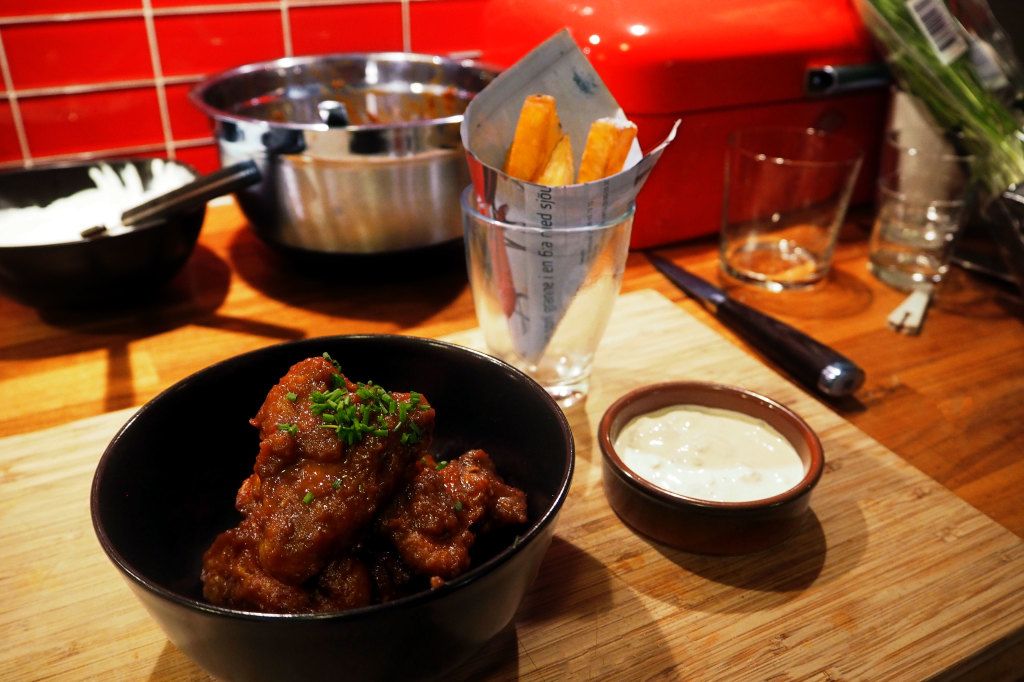 I won’t only be using the “winglette” part of the chicken wing, which is traditionally the part used when making buffalo wings. I’ll be using the whole wings, because I really like the pointy outer part of the wing, when it gets all crunchy in the oven. The sauce has a distinct, tangy orange flavour coming from orange juice and zest. The blue cheese I’m using is Italian gorgonzola, a very creamy and flavoursome blue cheese from Italy. This is definitely a chicken wing recipe for grown-ups, rather than kids.

This is how you make the fries

This is how you make the blue cheese dip

This is how you cook the barbecue chicken wings to perfection

Putting all the things together…