World's shortest recipe that can still be considered a recipe. 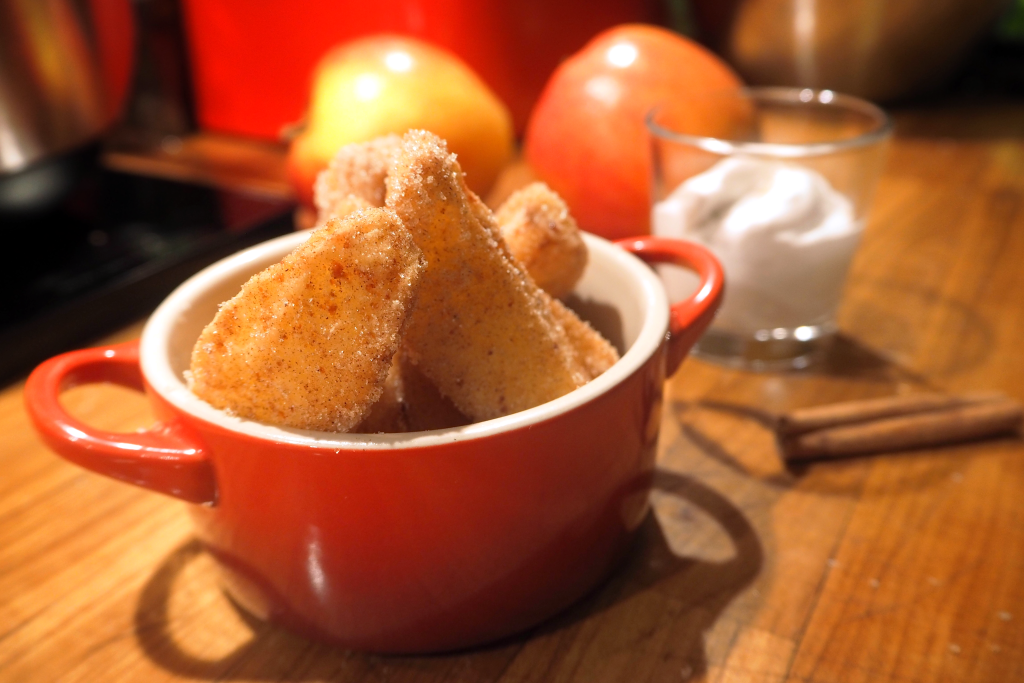 This might be the shortest recipe yet. Wonderful apple fries, soft on the inside and crispy on the outside. Coated with cinnamon and sugar. And a dip made from coconut cream with a dash of vanilla and slightly sweetened. It’s that simple.

Yields 2 people. Just multiply the recipe for as many servings as you’d like.

This is what you need

This is how you make it

Serve the fresh apple fries with the coconut dip and enjoy.