with home made vanilla custard 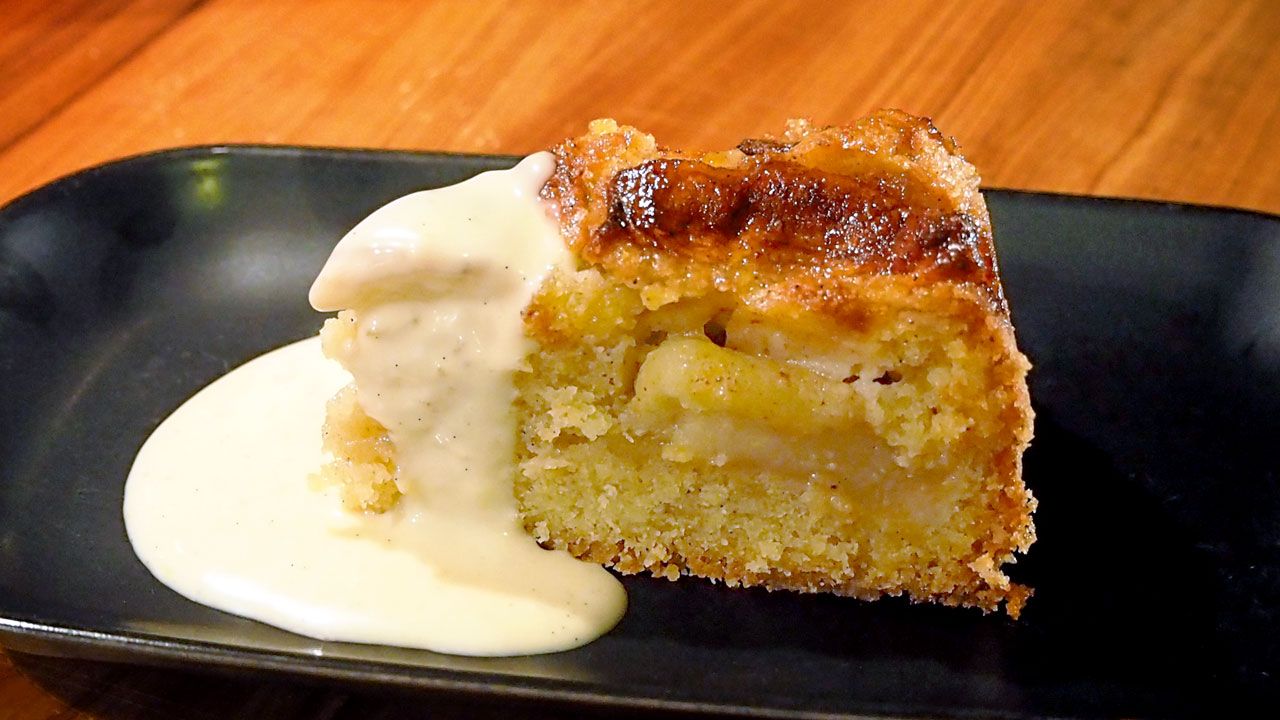 If there’s one thing everybody in the western world understands, it’s baked goods with apples in them. Like apple cake. This one is as simple as it is amazing. It’s feels really moist due to the high fat content, and gets its flavor from cardamom and browned butter. With it comes a simple vanilla custard made from scratch. If you’re not already working out, you should start now. After trying this cake, you’ll want more which isn’t a good idea if you’re skipping cardio days.

For the custard you’ll need:

For the cake you’ll need:

Let’s start with the custard so it can cool down while you make the apple cake:

*  Keep it for a rainy day. Or use it for the custard! Too late, the custard is already in the fridge, eh?

** The reason we’re doing this at this stage instead of adding it to the flour mix from the beginning, is because you’ll have better control over how much cardamom flavour you want.

There’s not that much to it, you just cut a piece of apple cake and cover it with vanilla custard. Done. Now eat.